I received an email recently from one of The Walking Golfers Society members about a really cool idea – Solstice Golf.

Ironically, I had been talking about this concept with Mike Keiser at the start of June at the Old Macdonald opening. He thought it would be really neat if a group of people played 18 on each course at the resort in a single day. My response – “Absolutely, where do I sign up?”

It is great to learn that some walking golfers are playing 72 a day already!

Here is the email from Jeremy Deason:

I found your blog recently and follow you on twitter. I wanted to let you
know about something my buddies and I have been doing for the past four
years, Solstice Golf. We are lucky to live near a great course
(Southampton Country Club in Southampton, MA) where during the week you
can pay $19 to walk as long as you want. We routinely walk 27 or 36
throughout the summer, as all of us are educators and have some free time.

The idea for Solstice Golf started four years ago with just me and my
friend Kevin, and we played 54 holes. Over the next two years, it grew to
include some other guys and we bumped up to 63 holes. The goal has always
been 72, but the course sends leagues off the front and back at 3:30 and
4:00, so timing is tricky. This year, we had seven guys teeing off at 4:45
AM and we plowed ahead. 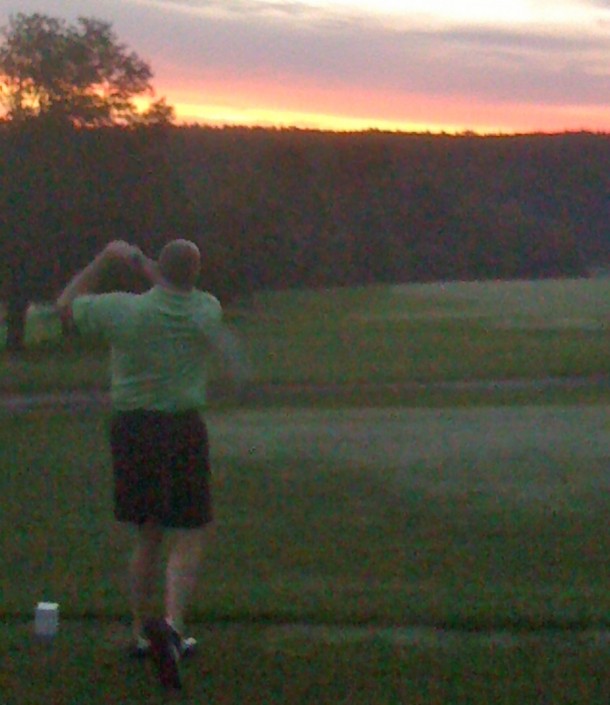 We lucked out with the leagues (and the weather) and
also played the last 27 in alternate shot format to pick it up a bit.
Three of us finished the day with 72 holes at 8:02 PM. We were kicking
ourselves for not wearing a pedometer, but I figured, conservatively, that
we walked at least 20-25 miles. Needless to say a couple of beers and
Advils later, we were all sound asleep. Kevin even had to get up to play a
tournament at 7:00 AM the next day (although he used a cart).

Keep up the great work, I love the blog!